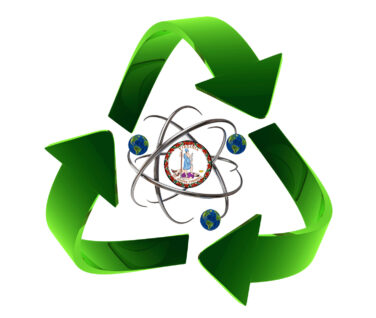 Our vision is to educate citizens and politicians of the positive benefits of Nuclear Energy and Recycling of Used/Spent Nuclear Fuel to steer the United States Federal Government & the Virginia State Government to understand and realize that the forgotten or missing puzzle piece of dealing with Recycling Used/Spent Nuclear Fuel must be included in the over-all Carbon Free Nuclear Energy Equation or Policy.

It is good for Virginia,  the United States and the World. 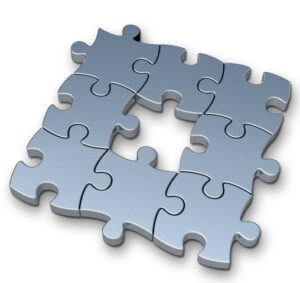 Put the Puzzle together!

How much do you actually know about Nuclear Energy? Test yourself! 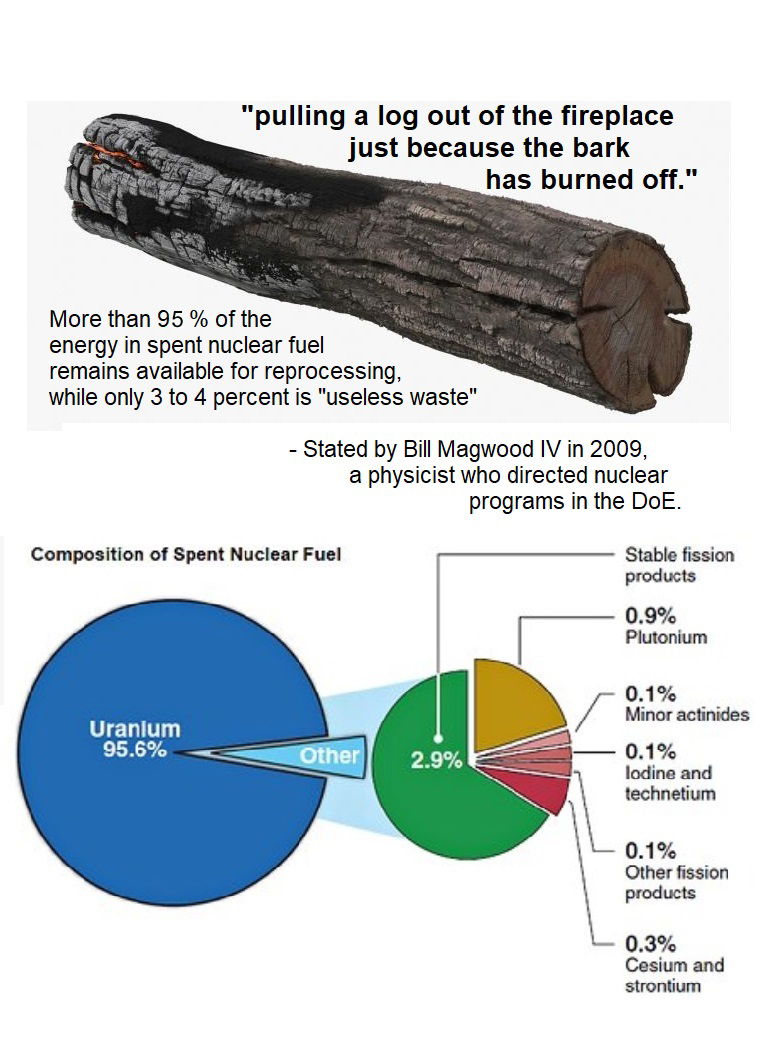 More than 96% of the energy in Used/Spent Nuclear Fuel remains available for recycling while only 3 to 4 percent is waste.

The current law in the United States provides for the used/spent fuel assemblies to be shipped to Yucca Mountain Repository site (about 90 miles north of Las Vegas), placed roughly 1,800 feet below the surface of the ground.  The assemblies are to be kept there “forever”. This site is now a politically dead issue and used/spent nuclear fuel will be for the foreseeable future stored at the nuclear plants where it was originally used as fuel..

Why can't the United States recycle the used/spent fuel assemblies as the original plan for when nuclear power was originally envisioned as France has been doing for decades, without incident..  Thanks to modern science, there are better ways to recycle used/spent nuclear fuel even though current older methods are still very effective.  It is time for the United States to begin the recycling of used reactor fuel instead of adding millions upon millions of dollars that are wasted each year that this issue is not resolved. Let's Correct it Today!

Hello, people want to know who they're doing business with, it's a human thing. Well here we are, Steve Curtis and Tom Dolan, who are in the business in the almost always forgotten step of adding the "Missing Puzzle Piece" dealing with Recycling Used/Spent Nuclear Fuel to the over-all Carbon Free Nuclear Energy Equation.

We welcome to and please ask you to join us in this Quest. We hope this website and its resources will educate you on our philosophy and why this is such a "No Brainer" approach to this part of Carbon Free Energy.

Steven Curtis worked on Nuclear Emergency Support Team (NEST) and radiation consequence management missions for Department of Energy (DOE)/National Nuclear Security Administration (NNSA) for 13 years. He has held every field position within the National radiological emergency response arena. One of the premier assets of the DOE/NNSA's Remote Sensing Laboratory is the Aerial Measuring System (AMSr). This is the nation's primary response tool for initial assessment of a radiation deposition on United States soil. He was the program manager for this asset for two years and his focus has been radiation detectors in the field-deployed systems.

Mr. Curtis held Battalion staff and Company Commander Positions as an officer in the Army and Nevada National Guard. For the last two years, he had been a consultant, mostly working with National Security Technologies, LLC, in support for the Nevada Test Site. He has worked with Science Applications International Corporation (SAIC) on several DHS Domestic Nuclear Detection Office (DNDO) architecture projects.

Mr. Curtis was the proposal manager for the successful Screening Information Request proposal that secured the Unmanned Aerial System (UAS) Federal Aviation Administration (FAA) Test Site for the State of Nevada. He has been involved with technical integration for UAS with the Nevada System of Higher Education for the last three years.

Steven Curtis has more than 30 years of experience in emergency response team leadership, program management, and academic collaboration for the DOE, Federal Emergency Management Administration (FEMA) Environmental Protection Agency (EPA), University of Las Vegas (UNLV), and the Desert Research Institute. He holds a masters degree in Health Physics and a Bachelor of Science in Electrical Engineering (BSEE), both from UNLV.

Steve is a current member and past President of the  American Nuclear Society-  Nevada Section.

Mr. Thomas Dolan has an aviation degree from Embry-Riddle Aeronautical University and is a FAA Commercially instrument rated pilot in single & multi-engine aircraft as well as helicopters, with a type rating in a Sikorsky 58T. As an airline pilot with New York Helicopters he flew to and around Manhattan heliports and the adjacent international airports.

Mr. Dolan joined Nassau County Police Department (NCPD) in 1986 and accumulated over 25 years experience in law enforcement in the predominately in the Marine-Aviation Bureau with extensive training in port and homeland security around the Gateway to the Port of New York.

While at NCPD he performed rescue operations at the World Trade Center Terrorist Disaster (WTC) Ground Zero on September 11, 2001 the downing of TWA Flight 800 disaster March, 1997 and the Avianca Flight 052 Disaster January, 1991.

Due to the 9-11 terrorist attacks Mr. Dolan formed and was the CEO of Homeland Security Aviation & Maritime Services, Inc. (HSA) in 2002. It was a technical support company with a group of scientist/technical experts, dedicated to providing and devising solutions to the national problem of "how best to measure radiation sources" in response to the needs of the emergency response community in the area of aerial/vessel-borne radiation detection systems and field operations.

The “Teams” vast understanding of both the Federal and local levels of emergency response uniquely positioned HSA to develop exercises and training suited to improve the understanding of local responders in "things radiological" recognized as a major impediment to public protection, especially during a radiological terrorist prevention or a consequence management mission.

HSA was able to secure a $750,000 grant from the NNSA for a national test. Unfortunately all new grants were canceled by the incoming administration in 2008. HSA had gained support and/or assistance for collaborative purposes from Brookhaven National Laboratory, Domestic Nuclear Detection Office (DNDO), New York State Foundation for Science and Technology (NYSTAR) and Homeland Security Chairman - Congressman - Peter King.

Next Steps...Needed to Advance the Nuclear Energy in Virginia

The timing has never been better for a modest investment from the nuclear energy and pro-nuclear environmental community to secure the agreement of the Commonwealth of Virginia to proceed with a plan to accept used/spent nuclear fuel to be recycled and increase the possibilities inherent in their taking national leadership in the carbon-free energy goals established in most of the United States.

However, other states are beginning to revisit this, and the first to consent will ultimately grab the prize and gain a leadership role on Nuclear Energy.